Can you believe that it is already September? This year has been flying by so quickly. This time of year is my favourite for a number of reasons. I love the Autumn weather, Halloween is coming up, cosy jumpers and snuggling up on the sofa with a good old movie. It’s also the time of year when we see so many more games released from many of the bigger studios. This year, I actually have a fair few games I’m looking forward to taking a look at. I still need to figure out which ones I’m considering buying and which I’m planning on renting from Boomerang Games. As well as the bigger named games, I’m also excited for so many different Indie games that are coming out soon too.

However, enough about those for now. These are the games that I checked out over the last month!

I’ve jumped back into Genshin Impact once again. I’ve played a bit here and there in the past, but then was distracted by other games. The main reason for going back is because of YouTube. I’d been browsing through some desk set up videos and what’s on my iPad videos and there was a number that were talking about Genshin Impact. Originally I was going to download it to my iPad, which I did, but it pretty much took up all of my remaining storage space.

Returning to the PC version of the game however has been fun. I picked up where I last logged off and have just been going through each quest one by one. I’ve been spending about an hour or so playing every day, so I can keep up with my progress, but I’ve been enjoying playing in small sessions than for several hours at a time. It’s been a nice alternative to playing Final Fantasy XIV. Stories of Mara: Chapter One

I recently checked out Stories of Mara: Chapter One and had great fun following through the story. It was my first time playing a visual novel game, and it left me intrigued about checking out more visual novel games going forward. I won’t go into too much detail here but if you enjoyed Summer of Mara’s story you will love Stories of Mara! 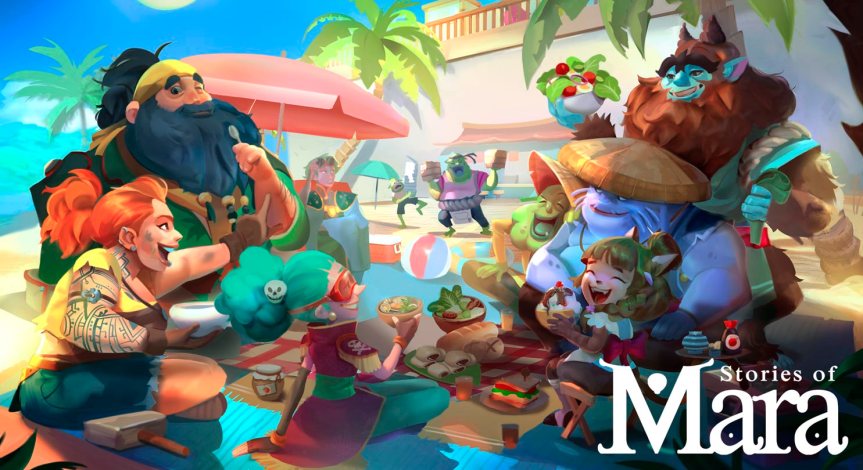 You can read my review for Stories of Mara: Chapter One here.

I’ll be totally honest, there’s a lot of games that I want to check out and find out more about, but I forget about so many of them. I’ve actually started using Notion as a way of documenting a variety of different things in my life, including sections for video games, movies and TV shows, books and music. It’s been really handy as I can update my Notion on the go on the mobile app as well as either on my PC or iPad. It’s also really customizable as well, which helps give it a much more personal feel to it, too. Once I’m a bit more confident with using Notion myself, I might share a little insight into it.

What games are you looking forward to playing in September?